After all the trouble I went through making sure my theme works in Internet Explorer 7, you’d think that would be all right? Nope. Last night I had some problems trying to get Ubuntu on my computer. One of the steps involved restoring a previous disk image I had on when I just installed Windows XP. I usually back things up and restore this image every few months. It’s bare, clean and very fast.
Read more… 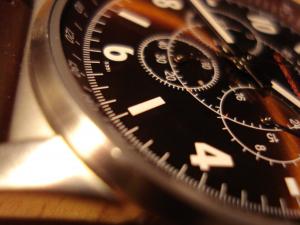 What To Do When You Can’t Cron

One pet peeve that I have with 1and1 hosting was their lack of Cron Jobs. Cron Jobs are basically the Unix method of scheduling stuff, much like the Windows Task Scheduler. If you’re on a Unix/Linux host, then they use cron jobs to schedule their internal activity. But not every host is kind enough to give you the same power to do so. Now that I’m on DreamHost, I don’t have this problem anymore, but a lot of shared hosts still lock up the cron jobs. And since hosts like 1and1 aren’t too reliable with their backups, doing your own backups becomes, more of less, essential. There are, of course, alternatives if your host doesn’t provide you with cron jobs, such as phpJobScheduler (used this a lot back in the day) and pseudo-cron.

How The Other Guys Work

The way these work is that, they keep track of tasks and times every time the cron job is called, but you need to include them in one of your highly accessed pages (e.g. Home page). With phpJobScheduler, you can include the file in your PHP code, or you can include it using the img tag. Using the second (2nd) method spits back a transparent GIF of 1 pixel, so nothing will be displayed on your page and you could even use it within plain HTML pages if you needed to. When this is triggered, it checks the database for time of each task, compares that to the current time, them if x > y it runs the task. Simple really. Since they need to be triggered via a user visit, it’s never going to be pin point accurate; this is why you need to include it on a page getting high traffic. Some of the scripts even have an option to build in to help with this. It’s a sort of buffer time. This says that even if the specific start time of the task hasn’t arrived yet, run it anyway if it’s within the buffer amount. You would increase or decrease the buffer based on your anticipated traffic. 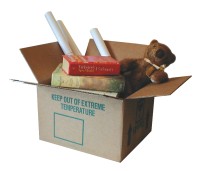 This has been a long time in the making, but I’ve finally decided to move this blog (and a few other things I’m hosting) to DreamHost. Why DreamHost? Because they offer a great package, what can I say? I’ve been hosting at 1and1 for over a year, but after a few bad experiences, I’ve decided to move to something a bit more robust.

Although it’s not really fair to compare DreamHost to 1and1 Hosting, let’s give it a shot:

I use these for my MySQL backups. Download a nice PHP script and set up a cron job to run said script at a scheduled time. Without cron jobs, I have to go through the hoopla of running some PsuedoCron stuff, which basically runs a script if a user visits your website after the script has been scheduled to run. This is fine for small scripts, but didn’t really fly much for my database backups, since the poor sap that happened to trigger the script would have to sit and wait for it’s completion, as it would appear to be something the website was loading.

After working so much with CakePHP, I can’t help but be curious. I really doubt that I’m going to jump ship, but it’s good to have an environment to play with.

You got 500 GB of disk space to play with, and 5.0 TB of monthly bandwidth. This is enough to host at least a few good sized sites under one account. The unlimited Domains makes this a breeze.

Read more…
Welcome to the September 24, 2007 edition of web development 2.0. Madeleine Begun Kane presents Ode To The Mobile Web (Cell Phone Browsing Humor) posted at Mad Kane’s Humor Blog. General Paul presents Make Web Site Development Easy posted at BigTechnical, saying, “Great CSS tools and more.” Although I don’t really dig the Blueprint CSS framework, the tips on Nifty Corners and gradients are good. Don Albrecht presents Why Are CSS Frameworks Important to AJAX Development posted at Ajax Bestiary, saying, “It’s way to easy to get burned in AJAX development when you don’t start with a good foundation.
Read more…
Now I know you’ve read about this and it’s usually a good idea: concentrate most of your ads on your older posts and hide ads from your regular visitors. I mean, they come here everyday, reward them with a little bit of clean content. But also, if you’re like me, you’re lazy and haven’t gotten around to coding this yet. Well here you go, a WordPress plugin that I’ve stumbled upon: Who See’s Ads?
Read more…
I jsut realized that my brand new WordPress theme sucks in Internet Explorer 7. My footer doesn’t show up, and my sidebar is all the way to the bottom. I remember when I first started with this them, I went through the whole cross browser thing and everything looked fine. I tweaked everything to my liking and was satisfied. Now I have to go backwards, one element at a time and try to isolate which tweak, new content, post, or plugin that has caused this to happen.
Read more…
I am proud to present the first edition of Carnival of Web Development 2.0. This is my first time hosting one of these things, so enjoy: General Doug Boude presents DEMYSTIFYING JSON posted at Doug Boude (rhymes with ‘loud’) sylv3rblade presents Stages of Software Development posted at Atma Xplorer, saying, “My take on the process of software development” prakash presents A2Z Informative-Technology, Software, Internet, Tips, Ideas posted at A2Z Informative, saying, “Identifying the color code of an image on the screen is not an easy task.
Read more…
Now, I’m going to be deliberately vague because I don’t to give this blogger any traffic. This is what happened. I developed a new a interest lately. As a result, I was looking for a blog that I could use as a reference. All my searches returned this one blog. The name of the blog was specific to the actual topic. I went on the blog and to my dismay, I saw post after post which looked like emails from a mailing list.
Read more…
We have another member of the Get Paid To Blog family: Bloggerwave. How does Bloggerwave differ? Well, not by much, but they are still a great service. You sign up and wait 72 hours until your blog is approved. After this, you log on and log for opportunities. Then you just blog your heart away as you usually do. Posts must stay up for at least 30 days, they have to be relevant, etc.
Read more…
For WYSIWYG editing nothing is better than Dreamweaver. A lot of people will disagree but I don’t care :). Dreamweaver has served me well for a number of years. Every time I had a web project to do, I made sure to set apart a certain amount for development tools. These included Macromedia (haven’t upgraded since Adobe bought them) Dreamweaver, Flash and a very old version of Photoshop 7.0 that still does tons more than I need.
Read more…
« 4/10 »